On 21 January 1916, the first ever shot was fired on waste ground in Lincoln from a prototype tank manufactured at Fosters in Lincoln. This was the beginning of the realisation of the dream Winston Churchill had had of providing an effective shields for infantry advancing over no mans land toward the enemy trenches.

2016 is thus the year when the invention of the tank will be marked in Lincoln, although 2015 was the year chosen by the Tank Museum at Bovington.

The first tank was Little Willie. 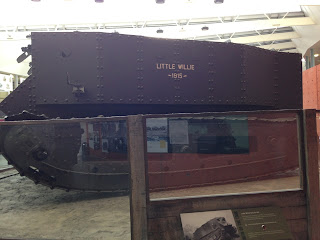 This was then developed into the Tank known as Mother, although sadly none exist today. This was developed into a slow strong tank that ran over trenches and barbed wire and was untouched by machine gun fire. 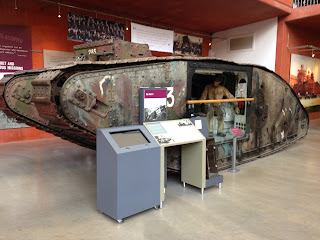 From this the War Office went back to Fosters to develop a faster tank.

Lincoln film maker, Andrew Blow and Military Historian, Richard Pullen, will talk about the social and engineering history of the tank on 18 October 2018 at the Lincoln Drill Hall in a Commemoration of Lincoln in WW1.

I write about the story of the tank in the context of the overall effort to equip the army in part of Ordnance, the prequel to War on Wheels. I say part, since the tank was but one a very many vehicles with which the British Army was supplied in the process of mechanisation. My first draft of the Lincoln Tank in War on Wheels drew on an account in the book, The Churchill Factor. Richard Pullen has a much more detailed and engaging account in The Landships of Lincoln 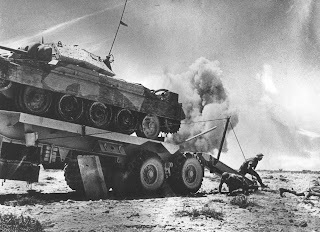 Tank recovery in the desert WW2

More of the story can be found on the Lincoln Tank Memorial website, in Richard Pullen's book The Landships of Lincoln, Andy Blow's DVD and their Facebook page
at January 22, 2016 No comments: