Innovation and the mechanisation of the army in WW2

Will Hutton’s article in the Observer 15 May 2016, Great companies are precious. But to be the best they need a guiding light,  brought to mind many parallels with the mechanisation of the Army in WW2.

Hutton was writing ahead of the publication of the Big Innovation Centre Purposeful Company interim report. He suggested that ‘successful companies are defined by their capacity to deliver and pursue clearly defined visionary corporate purposes - to be there best, to do business that is sustainable, to serve humanity, to stretch every muscle to innovate.’

The key principle was obvious, but could so easily have been ignored, especially in an army not known for its humility. If you set out to do something completely new, talk to as many people as you can; not just any people, but people who have been down similar paths. So Bill Williams talked to motor companies, component companies, distribution companies and he sought to recruit people who actually worked in key areas. Having brought the team together, he set them off to put into practice what they knew, but not just in one place, but in a number, in their case, of depots- let many flowers bloom.

Allow no room for selfishness, compare and share your ideas: each month each senior manager  (Chief Ordnance Officer) had to visit another depot to see what they were doing. Every quarter all COOs came together, at each major depot in rotation, to receive a presentation on what had been done, to question, challenge and learn.

Ideas evolve: for example the insistence that no lorry makes its return journey empty; this is now obvious but wasn’t then. The biggest example was packaging where skills were sought from many disciplines and then shared and implemented at top speed. 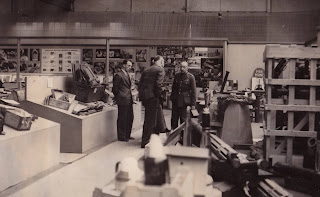 Mistakes will be made. I am sure that the commanders of the BEF in 1939 believed that this time they were ready. They were ‘run off the park’, to take a sporting analogy. So they learnt. In North Africa new approaches were tried, but failed. Amendments were made; things improved, but still failed. Major revisions were tried and began to work. Bill Williams went out and listened to customers (the fighting troops) and took back what he had learnt. He took it back not just to his own team but to a whole raft of suppliers in the UK and the US and Canada. He learnt what the other Allies were doing and they in turn learnt from him.

There were battles, and not just with the enemy. As ideas developed they had to be pursued with steely determination. Old ways had to be challenged. New blood had to be brought in. From time to time different sections of the army and different allies had to be reminded that they were on the same side.

I was going to say that they all had a single purpose, but that wasn’t entirely true with inevitable jealousies. These jealousies had to be challenged.

With the single objective which was met:

Hutton was at pains to emphasise the need for trust within the organisation and in the leader. He or she may not be liked, but they must be trusted.