The general who oiled the wheels of D Day

Daily Telegraph journalist, Joe Shute, together with photographer, David Rose, visited me to explore my mother's albums of my father's war and preparation for D Day. Joe had read War on Wheels. They were both fascinated by what they found not least in terms of the numbers: people involved (250,000), items packed (350 million), vehicles and troops crossing to France on D Day and the two months that followed. The full article can be found by following this link. My father, Major General 'Bill' Williams headed up the Royal Army Ordnance Corps which supplied the troops with anything from socks to scout cars. He was always clear that success was down to the team work of very many men and women, professional soldiers, ATS, civilians, school children and volunteers and logistics specialists from British industry. 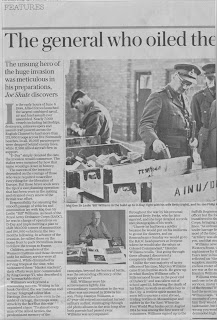 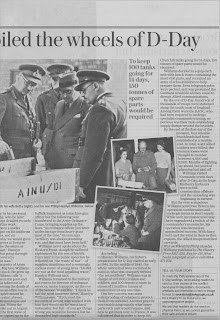 On the online version, please note the journalistic exaggeration! Bill Williams and his RAOC did, though, play a vital part. 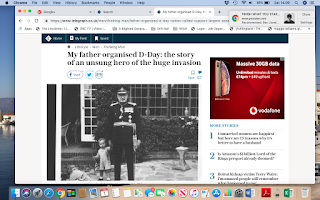 Dan Snow and the BBC visited COD Chilwell to capture the story of how the invading troops were supplied. The footage is about one hour in if you follow this link to the BBC mini documentary

D Day in the Telegraph

In the weeks running up to the 75th anniversary of D Day, the Daily Telegraph is running a series of articles about the audacious invasion. 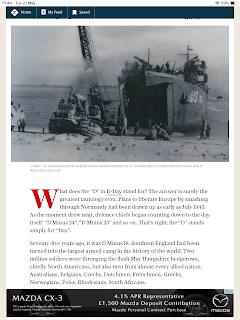