Some of the forgotten vehicles of WW1 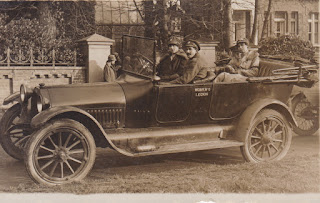 I had never heard of the Vulcan Motor Company based in Southport. It produced 100 chassis a week for the War Office. By a circuitous route it became part of the Rootes Group in the early fifties.
Commer was the name given to Commercial Cars Ltd when it was bought by Humber in 1926. Commer had manufactured Field Workshops to maintain Red Cross Ambulances.
Karrier produced 3,000 3/4 ton  trucks for the services during WW1. It was later merged into the Rootes Group.
One of Bentley's major contributions to the war effort was the invention of the aluminium piston by WO Bentley which were subsequently manufactured by Humber.
at June 21, 2017 No comments: