There is something very exciting about seeing your book 'in the flesh' for the first time.

It is of course an old friend, affection being rekindled by the distance from periods of agony in its creation! I had of course seen the pdf file sent off to the printers. I had seen all the photographs. The total result though was so much better: the clarity of the images especially.

Thank you, History Press for a job well done.

There was one small glitch which has been bothering me. In the 'blurb' on the back page a couple of words have been omitted. I wrote, 'through the near disaster of the BEF, Desert War and Italian invasion, to preparations for D-Day and war in the Far East.'

The words 'the BEF' are missing from the back cover and so it reads, 'from the near disaster of the Desert War and Italian invasion...'

It made me wonder whether, from a supply point of view, the Desert War and invasion of Italy were near disasters.

Neither was perfect. The start of the desert war demonstrated all too clearly the challenges of supplying a mechanised army. The invasion of Italy showed up the drawbacks of having the place of command far removed from the action.

I don't think they were disasters.

The BEF could have been a total disaster, had it not been for Dunkirk. Yet, from a supply point of view, the vast amounts of equipment left behind certainly represented a near disaster.

Having said all this, it is all too easy to be wise after the event.

What was happening in WW2 was all a learning process. It had never been tried before. Had there not been failures, you could argue that those concerned weren't trying hard enough.

The final result though is for me the proof of the pudding as Max Hastings puts it in Overlord: 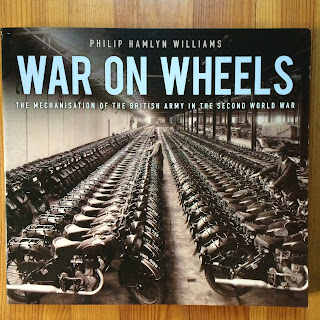 Getting the right mix of people

One of the big challenges for the RAOC in WW2 was to get the right skills, and this meant looking to industry, motor manufacturers and distributors and the big retail groups. Those recruited from these companies would have to become soldiers and work alongside seasoned regulars. An regular officer later recalled the challenge.

'The climax came when I received a draft of 350 privates who were mostly ‘departmental managers’ from a vast chain store. Their Managing Director had dug himself into the War Office and was now a field officer with one month’s service. Their wives had driven to the camp in expensive limousines and parked them around the parade ground while they searched for billets….The mutterings among ex-corporals back from France became a steady rumble, especially when one private, with a foreign name, announced incautiously that he expected to be a sergeant in three day’s time…That evening I heard on the telephone the high-pitched voice of the deaf commandant, “I understand you’ve got in your company a Private X who handles a million pounds’ worth of packing a year for Fuchs and Bieber.?”

This man was found and his skills put to good use, nevertheless good management was needed to integrate these skilled men into an Army. 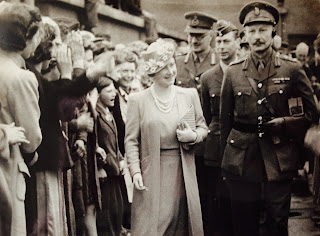 Brigadier de Wolff with the Queen at COD Donnington