The Waste of War

The writing of a book is a process and crystallises from time to time in the 'blurb' that seeks to describe it. This is the latest iteration.

In the Second World War, the Army grew from having just 4,000 old and battered vehicles in 1935 to being a fully mechanised force with 1.5 million, ranging from tanks and giant tank transporters to jeeps, mobile baths and offices, and scout cars. At the same time the way in which the Army was provided with all it needed was transformed: arms and ammunition, to say nothing of radio, clothing and places to sleep and to wash. On D Day, some 375 million items were packed ready for the invasion force to use.

None of this materiel endured; it was all expended to achieve victory. The title, the Waste of War, was born out of a speech made by Bill Williams, the head of the RAOC during WWII. He had witnessed massive waste of human life in both world wars, but a colossal expenditure of materiel in WWII. As he put it, the side prepared to waste the most would emerge victorious.

The Waste of War is the story of the 250,000 men and women of the Royal Army Ordnance Corps and volunteers who mechanised the Army and who made sure it had all it needed for victory. It is a story of an organisation growing by learning through its mistakes. It is the story of that waste. 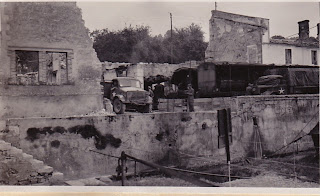