I was surprised when I read in the newspaper about vaccine production by Oxford University/Astra Zeneca to discover that the government had backed the development of the vaccine by paying money up front; not just money, but many millions.

I was reminded of two other periods in our history when government has put is money where its mouth was.

In the Great War, Lloyd George spear-headed an astonishing network of factories built or bought by government money to make the shells so desperately needed on the western front.

In the mid 1930s, a reluctant government began a structure of shadow factories to manufacture desperately needed aircraft. In the end, the greater part of British manufacturing industry leant its shoulder to the war effort.

Astra Zeneca, which was born after the break up of that British institution, Imperial Chemical Industries (ICI), took up the challenge of manufacturing the vaccine developed in Oxford and built the necessary production facilities with advance payments by government.

Students and Dons from Oxford Colleges volunteered at the Ordnance Depot in Didcot in WW1. Oxford was also the home to Morris Motors which played such a big role in the shadow factory initiative in WW2. 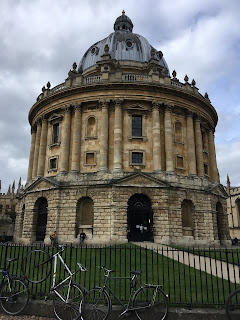