What do the Chilwell housing estate,  Didcot power stations and Bicester Garden City have in common?

They occupy the sites of three of the vast Ordnance depots that supplied the British Army in WWII. Together with over one hundred other such depots they comprised 40 million square feet of covered and 50 million square feet of open storage of anything from tanks and Bailey bridges to mobile radar and boot laces. In them and elsewhere around the theatres of war, some 250,000 soldiers, ATS and civilians, including many with expertise drawn from industry, worked together handling hundreds of tons of some 750,000 different lines including 375 million items packed by them and teams of volunteers for D Day.

In a speech for Salute the Soldier Week June 1944, Bill Williams, Controller of Ordnance Services for the British Army, said this: 'War in itself is essentially wasteful and if we are to be victorious we must waste more, or what appears to be more, than the enemy. This is the cost of war.'


The Waste of War is the story of the men and women who handled all those supplies and, in doing so, invented 21st century logistics. 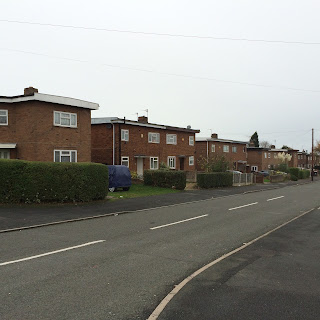 Houses built at Donnington to accommodate the many ROAC men moved from Woolwich
at January 11, 2015