The detail of Ordnance

Much of the challenge of Ordnance was in the detail. These are just a few examples.

Watchmakers had to be found to repair sufficient time pieces in Mesopotamia for zero hour to be set.

Thirty four different shapes and sizes of horseshoe, each with their own nails, had to be provided and matched to the horses each unit held.

Guns experienced far greater use than previously imagined possible.  Measurements were taken of the wear to gun barrels in order to estimate the scale upon which replacements could be planned. Mobile workshops were set up immediately behind the lines to keep them firing.

In Gallipoli, grenades were in such short supply that the Ordnance workshops took empty cans, NCT and detonators and made their own.

Wheels by their thousands were made in workshops in France. These demanded the skills of hundreds of wheelwrights. 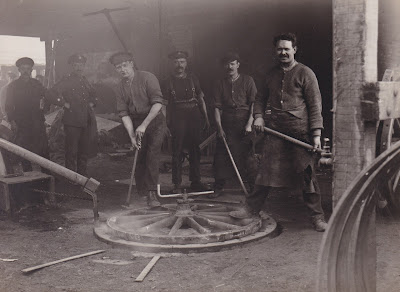