Today this blog was viewed for the 100,000th time. A huge thank you to my visitors.
I began the blog in 2008, whilst studying on the MA in Professional Writing at University College Falmouth. I hardly used it between 2011 and 2014 (when I was working as Chief Executive at Lincoln Cathedral), but since then have been posting on the military subjects on which I have been writing.
I write this having begun another project. The one I have just completed in draft looked at the lives of some of the men who supplied the army. The project I am beginning looks at the companies which supplied the army, whence they came but also what happened to them, for many have disappeared. 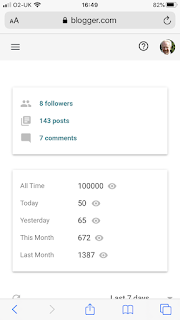