The first week in June

We remember the flotilla of little ships in the same week that we commemorate the largest sea-born invasion ever undertaken. Admiral Bertram Ramsay, more than anyone, must have been struck by the coincidence.

Of those leaders of the RAOC, Dickie Richards as Director of Clothing and Equipment, Geoffrey Palmer as COO Bicester and Cyril Cansdale as Deputy Controller of Ordnance Services were all there at the sharp end of Dunkirk, and in 1944 had their reply. In 1940 Bill Williams was at the War Office and would have witnessed the absence of all the vehicles he had so carefully amassed at Chilwell for the BEF. His anxiety in the first week of June 1944 must have been off the scale, but then the immense satisfactory of an extraordinary job well done. 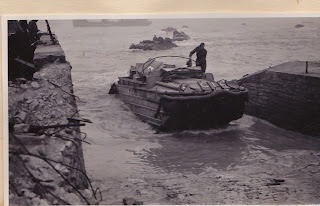