Over the five years of WW2 the number of different vehicles used by the British Army grew almost exponentially. Charles Graves puts it like this, referring especially to the tank, :

‘Since 1939, under the stress of wartime conditions, a whole sequence of tanks has been developed. Beginning with the Matilda, of which there have been five designs to date, and the Valentine, of which there have been eleven, there are the Crusader with four designs, the Covenantor, the Centaur, the Cromwell with seven designs, and the Churchill with eight. On top of that, there have been six types of light tank, nine types of reconnaissance car, scout car and armoured car, together with 350 types of army lorries, and all kinds of armoured recovery vehicle…’

The reasons for the huge variety of different vehicles can now only be stabbed at. I would venture one reason as being cultural. In his book, The Industry Ordnance Team, Bill’s American opposite number Levin Campbell wrote that ‘Ordnance is responsible for the design and development of the vast majority of the weapons, ammunition and automotive vehicles of our fighting forces.’ This resulted in common specifications, common spare parts. This may well have come from the Henry Ford dictum, any colour you want so long as its black. This contrasts with the craftsmen based UK motor industry and the tradition of the gifted amateur engineer. To them, variations were seen as challenges to be tackled with relish rather than inconveniences that got in the way of efficiency. I suggest that the suppliers was only too keen to oblige when the army chiefs demanded this or that variation. In between came the Ministry and endless committees - in four years no less than four Minister of War - surely a recipe for chaos.

This is no way detracts from the magnificent way in which the motor industry served the county in war time, indeed it makes it all the more commendable that they delivered as much as they did. 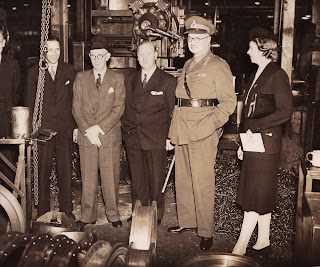 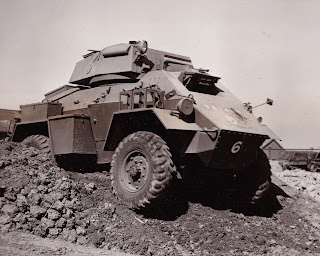 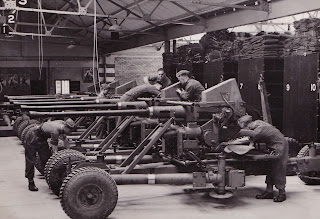