The British Motor Industry had been put of war alert on the declaration of war. They had ceased domestic production and awaited orders from the Ministries. For a few, orders came quickly; for many there was nothing and factories lay silent. In time orders did come but in what can only be described as a torrent of uncoordinated demands. Ministries requested aircraft parts and ammunition; they needed helmets; they gave instructions for the development of new vehicles; they demanded cars cut in half with ambulance bodies replacing what had been in the rear. Factory managers must have wondered who was running the war; nevertheless they coped.

'Since 1939, under the stress of wartime conditions, a whole sequence of tanks had been developed. Beginning with the Matilda, of which there had been five designs, and the Valentine, of which there had been eleven, there were the Crusader with four designs, the Covenantor, the Centaur, the Cromwell with seven designs, and the Churchill with eight. On top of that, there had been six types of light tank, nine types of reconnaissance car, scout car and armoured car, together with 350 types of army lorries, and all kinds of armoured recovery vehicle…'(Drive for Freedom, Charles Graves) 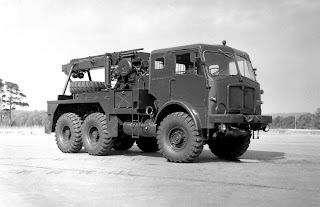