Just as Lloyd George had in the First World War, in the  late thirties the army recruited men and, this time women, with the specific expertise needed. This time, though, it wasn’t just people, it was expertise itself. In the late thirties, setting up the brand new Army Centre for Mechanisation, the then Chief Ordnance Officer, Lt. Colonel Bill Williams, approached hundreds of civilian enterprises to ‘pick their brains’.

Head of the list of civilians who brought their expertise to army service was Ronald Weeks, a director of Pilkington who had also served with distinction in WW1 and then in the territorial army. Crucially he was part of Management Research Group No. 1, which was a grouping of major companies including ICI, Lever Brothers, Standard Telephones and Rowntrees to explore modern management issues. 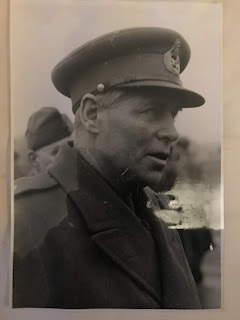 A good many joined the RAOC from the motor industry, bringing, in particular, their expertise in distribution. I would highlight two men from Dunlop. Robbie Robinson, who set up the MT depot in Derby before taking over Feltham and then becoming RAOC Inspector overseas setting up uniform procedures worldwide. Bob Hiam set up the armaments depot at Old Dalby and went on to command the depot outside Caen in the month following D Day and then the depot at Antwerp for the final push into Germany.

Reddie Readman was a director of the English Steel Corporation both before and after WW2. He served in the Tank battalion in WW1. In WW2 he commanded the Army Centre for Mechanisation at Chilwell near Nottingham where he oversaw the growth in the number of army vehicles from 40,000 to 1.5 million.

In an article due to be published in the Historian Magazine, I explore the role played by civilians and civilians who temporarily became soldiers bringing with them skills and experience from the essentially non-military world.

My next book, How Britain Shaped the Manufacturing World, explores the story of British manufacturing from the Great Exhibition of 1851 up to the Festival of Britain one century later.

You can buy Dunkirk to D Day by following this link.