The book looks at the lives of a group of men born at the close of the 19th century who came together in WW2 when they led a task of monumental proportions.

Their individual stories cast light on Britain in the first half of the 20th century.

My father, Bill Williams, was born in a then pretty new semi-detached house in Dulwich in south London; his father was sixty but his mother was half that age. I record memories he left of his childhood, for example how he rigged up electric shocks to play tricks on his parents and how their washer woman was rewarded by a half pint of beer. He went to school at nearby Alleyns and recalled escaping German lessons by volunteering to clean the master's bike. 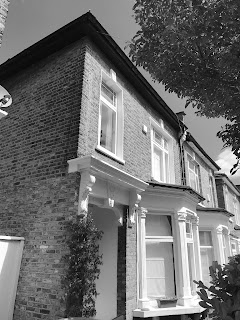 He left school at 14 when his father died and went to work as an office boy. At age 20 he grasped the opportunity to join a friend of his father to trade 'manchester goods' in East Africa. He wrote:

"I went on foot from Beira to the Portuguese border near Blantyre, seeking out trade and trading with the natives (sic) groundnuts and mealies. We had brought out with us bales and bales of ‘Manchester goods’, cheap coloured cottons, brass wire and beads."

In the book, I add his encounter with a cobra and an oily colonial who offered any girl he wanted. Black water fever brought him back to England, but not for long. His next trip was rubber planting in Malaya. He would tell us as children stories of distributing quinine to his workers; he failed to mention the night he was brought home drunk in a wheelbarrow.

Those of the group who were old enough served through the Great War. Jack Omond wrote a revealing account of what life was like behind the trenches for Ordnance officers; I used extracts from this also in my book Ordnance. This is a little of what he wrote:

"From the great crowds outside the Dockyard and Arsenal gates to the tailor’s shops where leather buttons were exchanged at exorbitant prices for brass buttons bearing the regimental arms, work was obviously proceeding at great pressure. Recruits were to be seen in all stages of training and in all manner of garments."

The interwar years saw some men returning to jobs in industry, whilst others continued to serve in the army. My key narrator, my mother who was my father's PA in WW2, was born in the midlands lace making town of Long Eaton. I write of the industrial experience in my piece on Dunkirk to D Day - as Manufacturing History.

WW2 witnessed the mammoth task of re-arming the army for D Day after the loss of most equipment at Dunkirk. As part of this Bill Williams, as Controller of Ordnance Services, visited his opposite numbers in the USA and also built vital relationships with American and Canadian suppliers. My mother kept some wonderful diaries and I record some of these in my piece Dunkirk to D Day - as Travel History.

In the post war years, civvy street beckoned Bill and some of his colleagues; others remained in the army before well earned retirement.

You can buy Dunkirk to D Day by following this link. If you would like to order a signed copy, please complete the contact form or DM me on twitter.