A 'Combatant' Corps in Singapore

What follows is an account written by an unnamed RAOC soldier in the Changi Prisoner of War Camp on 6 March 1942.

‘It is known that the RAOC had been reclassified as a ‘combatant’ corps in the latter part of 1941 and it is therefore probable that these operations were the first in which they were called upon to take a ‘combatant’ role since attaining that status.

Prior to hostilities, the RAOC provided the main part of a force known as the “Alexandra Defence Force”. This force included a few RASC and Signals details but was commanded by OC, RAOC Singapore. Its role was the occupation of prepared defensive positions around the Alexandra depot area but only when the depot was in danger of direct attack. It had previously been ruled that if deployment was ordered, the position would be that purely Ordnance activity would be impracticable. This did not prove to be the case. 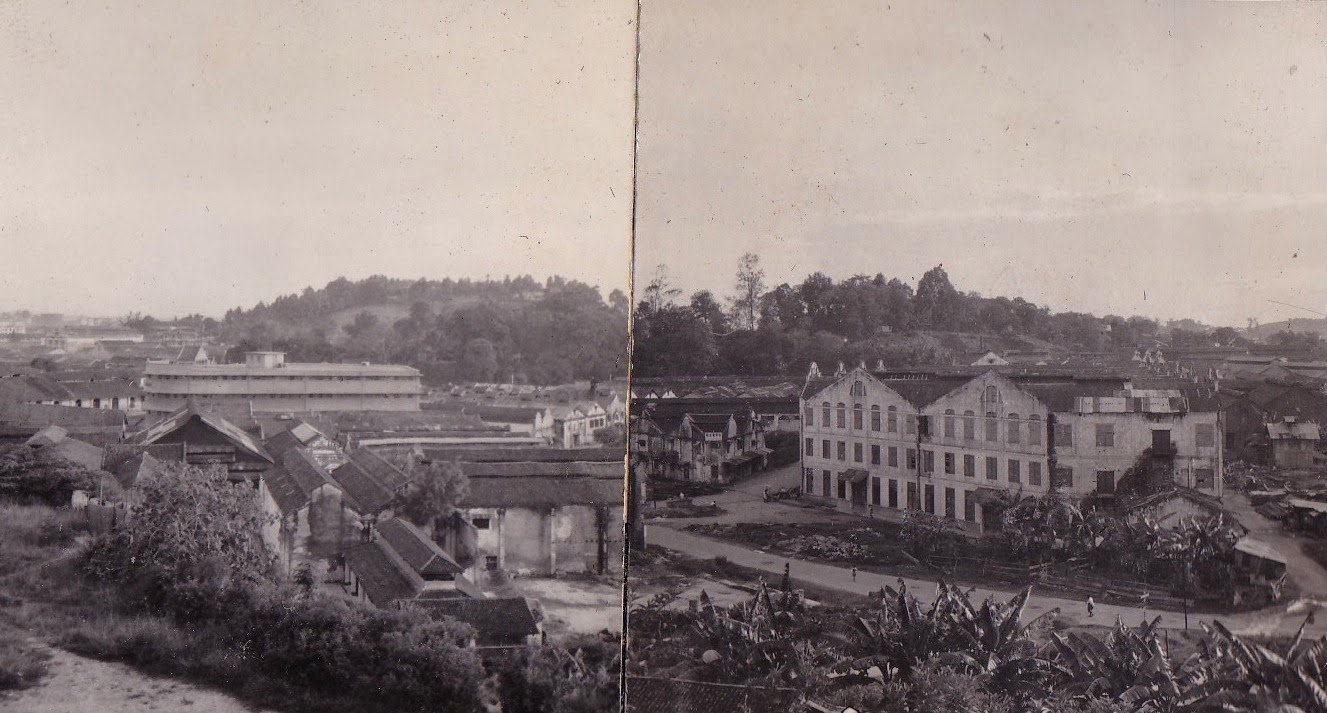 On Saturday January 31st the Johore Causeway was blown up, thus placing the island in a state of siege. On Thursday February 5th, No 4 Ordnance Store Company RAOC arrived from the UK with 16 officers and 367 other ranks, bringing up the Regimental strength to approximately 50 officers and 800 other ranks.

On Sunday February 8th, the Japanese landed on the island and at about 6.30 am on Wednesday February 11th, the deployment of the Alexandra Defence Force was ordered. All positions were manned by RAOC men divided into five companies. Forty-two L.A. positions were manned in addition to six L.A. positions with twin AA guns on concrete mountings. At this time the front line was about 1 1/2 to 2 miles in front of our positions and was being held by the Loyals and Beds & Herts. The deployment was quick and efficient and during the next three days the positions were maintained although ‘A’ and ‘B’ coys were shelled heavily at times, but owing to the wide dispersion there were few casualties. considerable experience was gained in overcoming administrative difficulties in the field. During this period a totally inadequate staff had been retained at the Base Ordnance Depot and other units no doubt suffered when trying to obtain stores ungently. Sufficient staff for Ordnance work should always be retained under all conditions.

At about 4.30pm on Friday, February 13th, The Loyals and Beds & Herts were ordered to retire onto our positions, in which the RAOC force would also remain. At 6pm the Deputy Director of Ordnance Services ordered all Workshop and thirty selected store personnel to report to the docks for embarkation. At 7pm DDOS ordered destruction of the depot. The difficulties in carrying out these orders were obvious as all ranks were in the line to which the infantry had not yet retired. It was therefore decided that all RAOC should be withdrawn except LA gun crews; such workshop men as arrived in time were dispatched to the docks and men from the stores side were directed to the work required in connection with the destruction of the depot. This was completed at midnight when all ranks, in formed parties, were directed down the main railway line to Singapore railway station where they were reformed.

After reporting to 1st Infantry Brigade on the morning of February 14th instructions were received to move three companies to positions behind the much weakened Malay Regiment to the left flank of the whole line (Keppel Golf Club area). The remaining two companies were placed in reserve positions about four miles from these left flank positions (Tiong Bahru area). These two companies maintained these positions with slight alterations until the “cease fire”. As their chief role was defence of two cross roads in rear, they received much shelling. On the left flank, almost as soon as companies had reached their positions, fresh orders resulted in “E” coy being moved into the front line alongside and on the left of the Malay Rgt, “B” and “D” Coys occupying positions in rear.

On the morning of the 15th, “F” Coy and the Malay Rgt withdrew in line with “B” and “C” Coys and this line was held until evening when the “cease fire” sounded. This position was very heavily shelled and mortared as the Japanese were able to put up an observation balloon from the opposite hill and direct their fire. No artillery support was available to retaliate with. The position being held was untenable in the event of a strong attack, but there is no doubt that the RAOC, having undergone their baptism of fire during the preceding days, would have justified their “combatant role”.